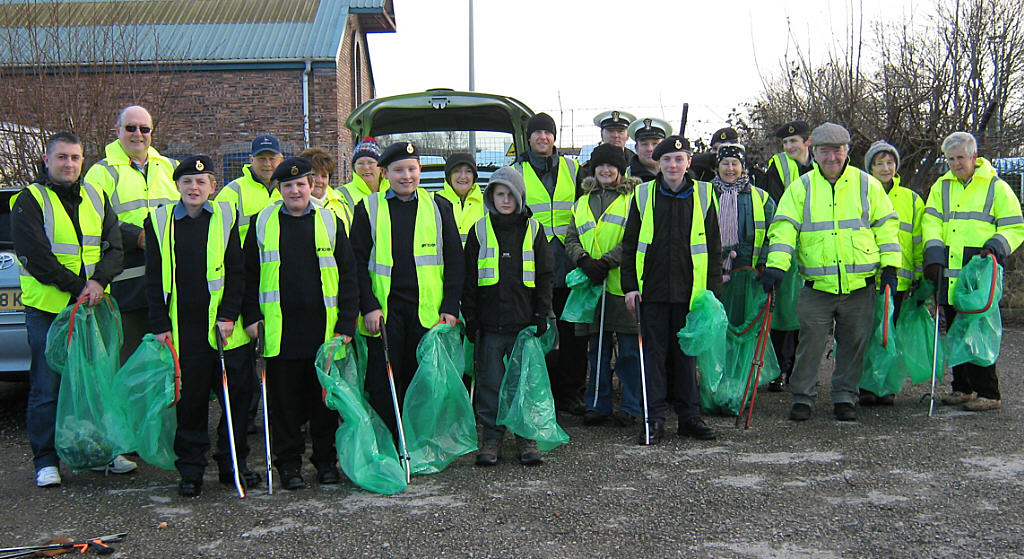 The Middlewich Clean Team’s numbers at their litter pick on Saturday 18th February were boosted when they were joined by a team of Sea Cadets and their Leaders from TS Portland which is based in Whitegate. A total of 23 people braved the cold weather and litter picked all of the canals in the town, nearby roads and open spaces filling 25 sacks of rubbish. Clean Team Vice-Chairman, Stephen Dent said “I was approached by the Chair of the Sea Cadets who asked if the Cadets could join our litter pick as they were encouraged to support and participate in local community events as part of their training and development. Coupled with a really good turnout from our own members, the valuable help from the cadets meant that we were able to split into several groups to cover a large area of the town.” Sea Cadets Chair, Darren Green said “‘The Sea Cadets rely on the goodwill of the local community for support and fundraising and so it is always good to help the community wherever we can”.
By Middlewich Clean Team|2012-02-18T18:07:00+00:00February 18th, 2012|0 Comments