Award for bench in memory of Katy 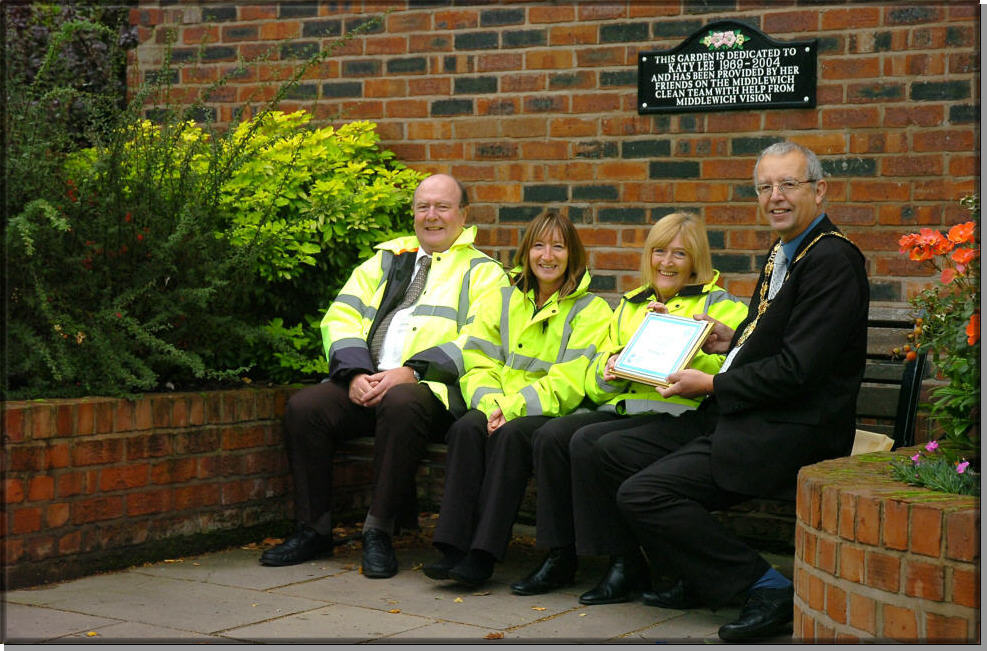 Stephen Dent, assistant town clerk, Clean Team member Maxine Wrench, Clean Team founder Janet Chisholm and Town Mayor Mike Parsons with the certificate.
A Memorial bench and garden dedicated to a Clean Team member who died in a road accident has won a community accolade. Middlewich won a Little Gem award at the Community Pride competition at Nantwich Civic Hall for ‘Katy’s Wall’.
Katy Lee died in a road accident in 2004 and members of Middlewich Clean Team wanted to pay tribute to her. So a wall between Middlewich Library, in Lewin Street, and Jennie Edwards Curtain Specialist, in Hightown, was transformed into a garden and bench. Janet Chisholm, founder of the Clean Team, said: “I feel so proud for this recognition and would like to thank Di and Chris for looking after the memorial garden so well.”
The Little Gem award is a new category at the Community Pride competition. “It recognises the work of volunteers who look after their environment.”
By Middlewich Clean Team|2010-11-03T15:40:00+00:00November 3rd, 2010|0 Comments